I will first like to note that yes, I know I’ve had more than my fair share of bad days lately.  Those that took the time to read my blog, comment, call, and show concern-OMG thank you.  Although I had hoped to be used to taking care of the kids on my own, I now know that no one gets used to being without their best friend, spouse, soul mate, and father of their children.
A small caveat to this is that I’ve lived a very hard life.  I’ve been through more than most nearly 40 year olds…Just 10 years ago I lived in an old trailer home located on Scott AFB.  But even then, I did it with a pride I’ve seen in few.  I spent hours in my yard and garden, and had it decorated immaculately.  I was recently divorced and a single Mom, but I had great friends and had a new found belief in MYSELF.
I moved with my then 3 year old daughter, Jordyn to Alaska to venture on to new and exciting journeys while being stationed in Anchorage.  I worked hard, saved, and got myself out of debt in order to buy our first home.  It was a beautiful townhouse in Anchorage, and I will always have fond memories of this home.  I met Brian just 8 months after arriving in Alaska, and I loved him from the first time his eyes met mine.  I tried to fight it, told him I’d never marry again and that the only thing I could offer was a causal relationship.  Yet just a few weeks later I knew in my heart of hearts I was in love and couldn’t spend a day of my life without him.  He left a few months later for Afghanistan, and our love affair only developed.  Just a month after his arrival home nearly a year later, we were engaged and married in November of 2004.
Although yes this may sound like a complete fairy tale, I can attest to the fact that we struggled for quite a few years.  Financially, emotionally, and even physically when my health started to fade after the birth of my youngest.  And this is where my love affair for running was reborn.
I decided on a whim to run the San Antonio ½ marathon in late September.  The race was in November.  But I needed it…I needed SOMETHING for me and me alone.  And I did it-without walking which was my goal-in 2:19.
Now, 5 years later and a marathon entry that I didn’t complete under my belt-I know this year is mine…My husband may not be here to support me, but he does in his own special way.  I continue to train, to fight, and to push forward even while he is away.  I take care of our home, our kids, but refuse to let my goals surpass me this time.
So after feeling pretty run down the last couple weeks I succumbed to taking a day off work, which I never do…but I knew it was needed.   Soph wanted to go to Kinder care, so I dropped her off and went for a beautiful run.

I then came home to find THIS on my door step.  WOWOWOWOWOW!  He wanted to cheer me up…sigh… 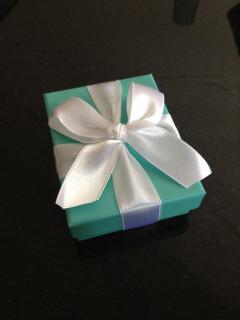 J and I went to see the Hunger games as a Mommy/daughter date, and we had a blast.  We finished the night with Red Robin and chilling at home. 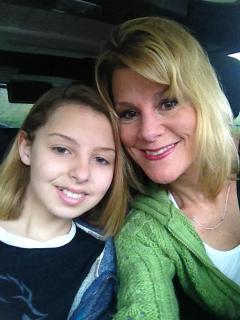 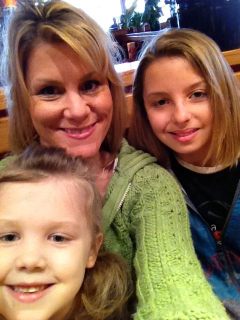 I should be cleaning, but I am letting myself relax.  I have learned over these last few months that my support system is amazing be it from lifelong friends, or friends I have never even physically met…and my folks and sister do amazing at always checking on me.
Tomorrow is my 7 miles…SEVEN…may sound small to some, but I am nervous!  Thank you Bobbi for driving down to run with me!!!!  XOXO!!!

This site uses Akismet to reduce spam. Learn how your comment data is processed.

I’d love for you to tag along on my social media sites!

Welcome to my Blog!

Movin' it with Michelle

My name is Michelle and I am a retired Air Force Master Sergeant. I have found a passion for running, cooking, writing, photography and all things that move my love for life! I've ran 3 full marathons, with a PR of 4:25, and 17 half marathons with a PR of 2:00:11 (yup-missed sub 2 by 11 seconds, lol). Thanks for joining me on my journey!

Philosophy is all about being curious, asking basic questions. And it can be fun!

I speak my heart out.

Where a little insanity goes a long way

A His and Hers Travel and Lifestyle Blog

My journey through pain, hardship and struggle.

Health, fitness and Nutrition help for all

Personal blog where I express everything that goes on inside this ole head of mine. Some of it hurts and some of it is funny but ALL of it is REAL.

Your travel guide to the fantastic unknown places around the world.

Art and Lifestyle by Brandon Knoll

No Time For Pants

Scribblings of a Lazy Vagabond

All I do is eat my fruits, scribble the deets and laugh a little louder :")

tales of a jesus-loving writer, her adorable little fam jam, the world's most fabulous weenie dog, grace, travel, love, life, and dealing with a rare and incurable autoimmune disease.